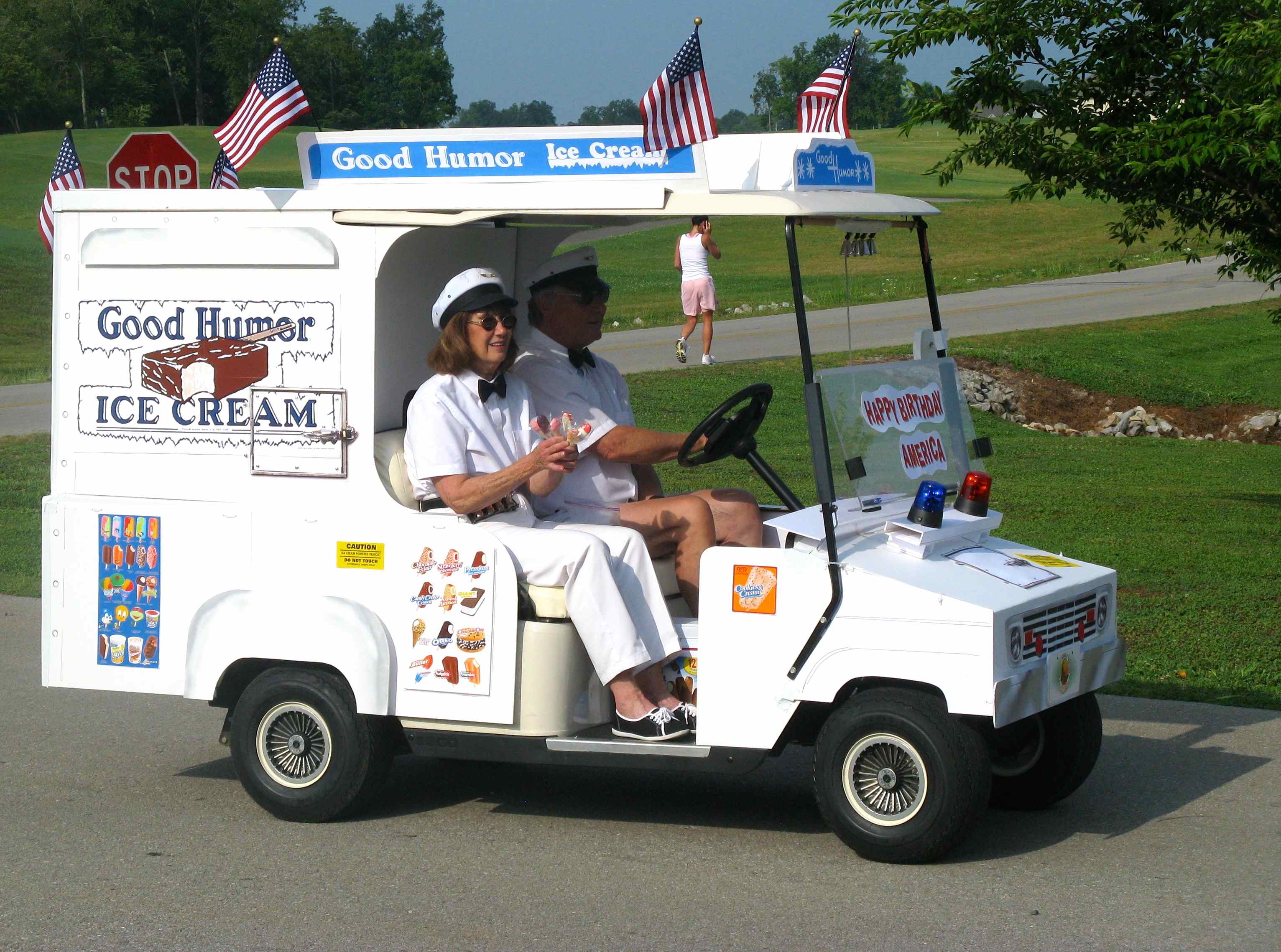 Everyone loves a parade and the one two Tellico Village couples started ten years ago continues to grow and thrive.

Nelson and Linda Ledbetter and Dick and Marvella Mullen of the Kahite neighborhood had the idea, with the help of a glass of wine or two, to start a neighborhood parade for the 4th of July. Simply put the idea was for their friends and neighbors to decorate something (a golf cart, a bike, a car, themselves) and parade around the Kahite neighborhood to celebrate July 4th. The parade was to honor the freedoms we have in our country as well as a fun family activity for the visiting kids and grandkids to engage in. Following the parade a continental breakfast was served and prizes were awarded to the winners. Initially there was also a potluck lunch and a fireworks display during the evening in the backyard of other Kahite residents.

From those beginnings the parade and breakfast have become an annual tradition. More than 350 people now attend and it features marching units and parade “floats” designed by residents and their families. A Grand Marshal is selected from the neighborhood as an honor to that person or persons’ civic involvement. There is also an honor guard of neighborhood veterans representing all five branches of service; and this year as special guests, Troop I, 278th ACR from the Tennessee National Guard in Sweetwater came.

It is always fun to see how creative our neighbors are as they decorate their golf carts, lawn tractors, cars or motorcycles. Marching units include the veterans group, clowns, an occasional marching kazoo band, garbage can brigade and many other creative groups. There have been some amazing entries over the years and it has become a real competition among families.

Due to the number of residents today, the potluck dinner is no longer held, but we still have the fireworks celebration to cap off the day. Besides those who watch from back yards and driveways, many people come by water to see the fireworks, which rival those of many small towns.

The Kahite 4th of July parade is but one of many examples of how Tellico Village residents come together to enrich their community and neighborhoods.

Submitted by: Nelson and Linda Ledbetter