On Wednesday February 8th, Tellico Village experienced its first Shred Day. Loudon County Mayor Buddy Bradshaw and County Commissioner Henry Cullen worked with Mitzi Lane from the Tellico Village POA to coordinate this wonderful event.Bradshaw and Cullen wanted to provide a new service to the community, so they enlisted the help of Tellico Village to do a trial run.”I never imagined the response we received and it was a pleasure to meet everyone and their words of gratitude were certainly appreciated as well”, said Mayor Bradshaw.Mayor Bradshaw and Commissioner Cullen accompanied the truck all day answering questions and ultimately working into the late evening due to the massive amount of shredding to be done.

All in all, they shredded in excess of 4,500 pounds of recyclable paper with over 40 man hours from shredder to buyer.That’s 4,500 pounds kept out of our landfill.Bradshaw says that he was happy to be able to bring the service to Tellico Village and that there are other events planned for the near future.He also plans to provide this particular service on a regular basis. So be on the lookout for announcements.

Lastly, Bradshaw and Cullen would like to express a sincere gratitude for the patience that Villager’s showed as they waited in line during the process. The first time for everything is a learning curve for everybody. No one could have anticipated the high participation rate that occurred that day.After having done it once now, the next time will be much easier now that we know what to expect. So just in case you missed the last one, or have new items to shred, they WILL be back. 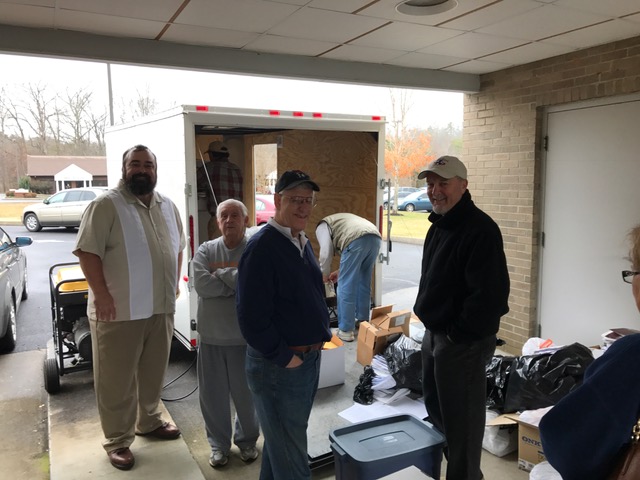