Paddles in hand, pickleball players poured into Tellico Village from far and near to compete in what is fast becoming a major regional tournament: the annual Tellico Village Age-Based Tournament.  This year’s competition—which attracted 92 participants, some coming from Huntsville, Alabama; Atlanta, Georgia; and Nashville, Chattanooga, and LaFollette, Tennessee—was a huge success.

“The out-of-towners loved our courts,” noted Dan Dyer, the pickleball club’s president. “I can’t tell you how many said they wished they had something similar.” Dyer said he’s been receiving thank you emails all week. “Stephanie Lane, a national figure [in pickleball], told me our courts remind her of the western states where pickleball is huge.

AGE-BASED TOURNAMENT WINNERS
The winners, shown below, were awarded medals in their respective five-year age brackets. 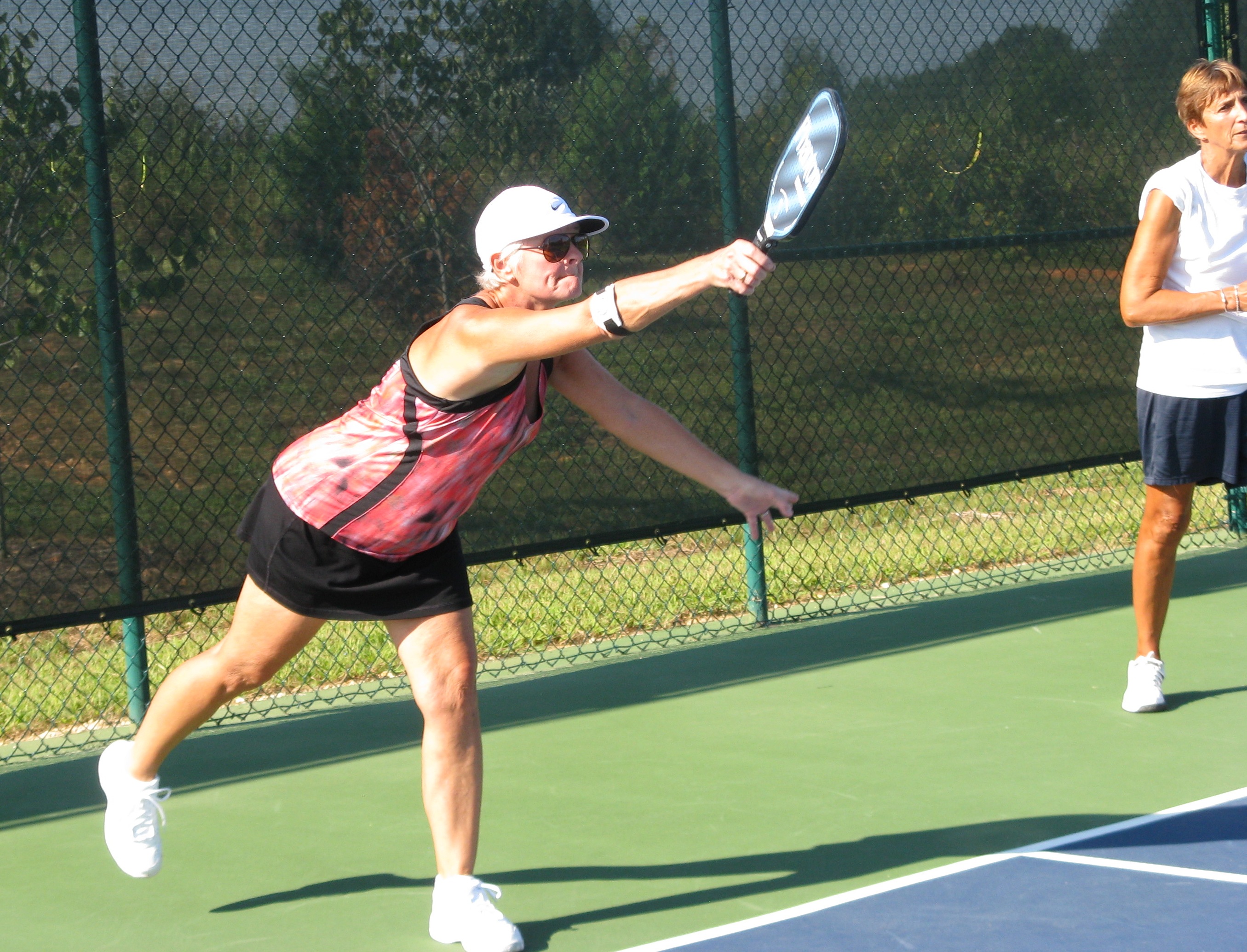