The Links at Kahite Golf Course has a unique new wildlife kiosk located in a “pocket park” thanks to a joint effort between the Kahite Chain Gang, The Recreation Department and POA Public Works.

Members of the Kahite Chain Gang, a volunteer-based group that specializes in beautification projects in the community, built and erected the kiosk. The kiosk displays high-resolution photos of all species of birds that can be found in Tellico Village and along the Tellico Lake. All of the photos were taken by Kahite resident and former veterinarian, Bill Leaning. Leaning, a New Zealand native, moved to the Village with his wife nearly two years ago.

More than 50 species of birds live in Tellico Village. You may see the American Bald Eagle, Double-Crested Cormorant, Red-Breasted Nuthatch, Belted Kingfisher, and Eastern Phoebe to name a few. The Carolina Chickadee is Leaning’s favorite species to photograph.

Two more panels for the kiosk are in the works and will include native animals and plants. 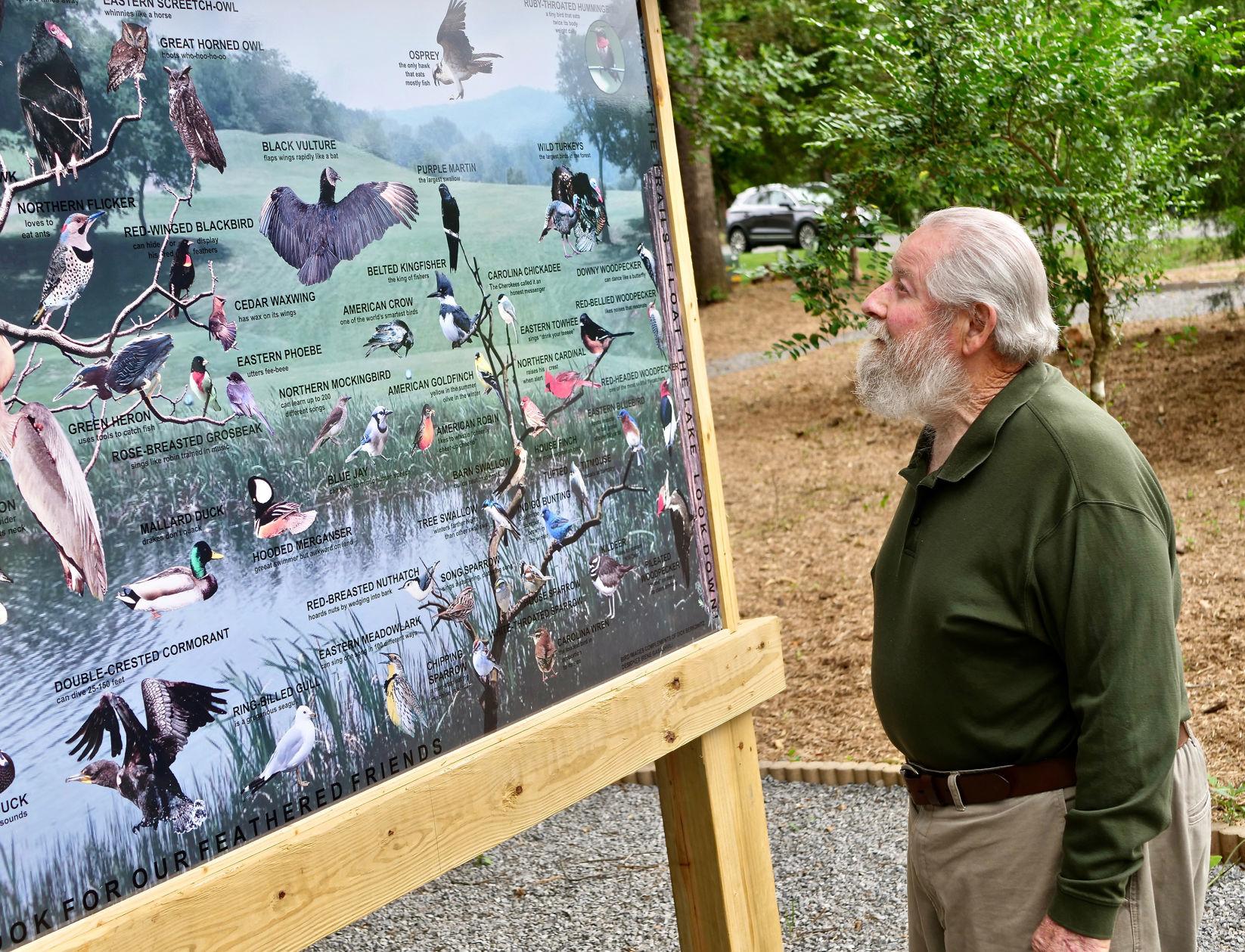